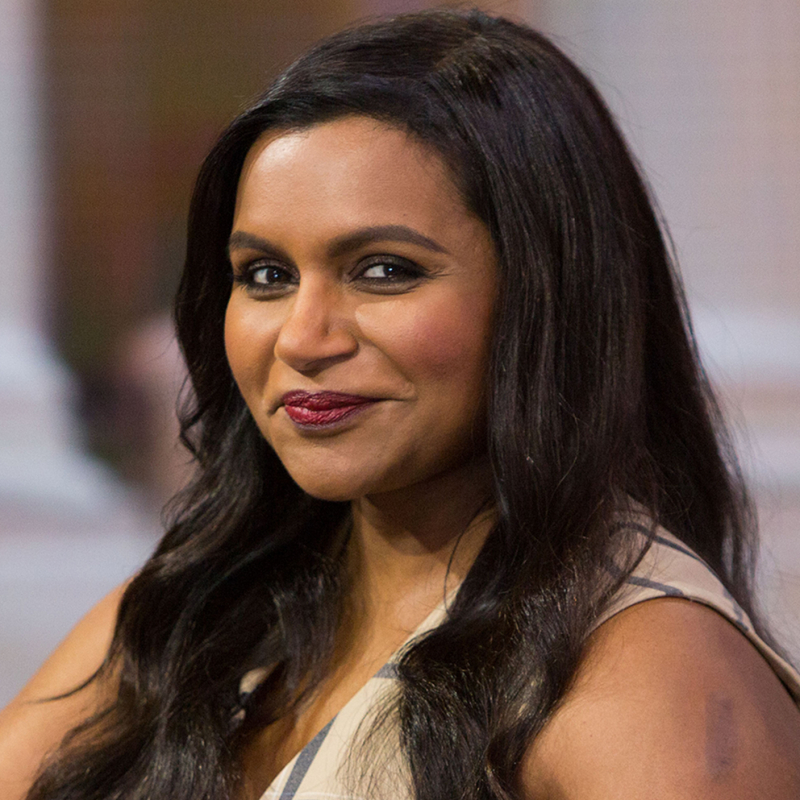 Vera Mindy Chokalingam (born June 24, 1979), known professionally as Mindy Kaling, is an American comedian, actress and writer. From 2005 to 2012, she played Kelly Kapoor in the NBC sitcom The Office. In addition to acting in it, she was a writer, executive producer, and director. For her work on the series, she received a Primetime Emmy Award nomination for Outstanding Writing in a Comedy Series in 2010.

Kaling gained wider attention for creating, writing, producing and starring in the Fox/Hulu comedy series The Mindy Project (2012–2017). She was also the co-creator, writer, and producer of the NBC sitcom Champions (2018) and the Hulu miniseries Four Weddings and a Funeral (2019). Wikipedia